In Apulia, in the center of Salento peninsula, halfway between Ionian Sea and Adriatic Sea, there is the territory of Copertino, in this red soil, vines produce strong and generous wines.

In 1935 thirty-six vine-growers founded the Social Winery of Copertino, with the aim of enhancing cooperation, producing directly wine from their grapes and trading autonomously. Today there are 300 proud members who confer their harvest. The area cultivated with vines is about 300 hectares (about 1,000 acres) and vineyards are treated with wisdom, which is the result of tradition and innovation, obtaining excellent wines, which make people enthusiastic.

Cupertinum mainly works with traditional grapes: Negroamaro, enological symbol of Salento, is the main one, as well as Malvasia nera, Primitivo, Malvasia bianca and other varieties acclimatized in these lands. The territory of Copertino DOC is a flat area from 30 to 60 meters above sea level which presents soils with a clayey structure, of different composition, placed over hard limestone or tufaceous. In the cellar, during vinification and refinement, Cupertinum’s goal is to highlight the character of the wine.

These are the simple and rigorous secrets which give Cupertinum wines a distinguished personality by captivating aromaticity, harmony, body and elegance. Besides many journalists and experts, even two international masters of wine critics have written about Cupertinum’s wines: Luigi Veronelli and Hugh Johnson. Wines of this Winery have received and continue to be acknowledged from Guides as well as to receive national and international Awards.

The wineyard on the castle of Copertino

Historical documents testify that the upper parts of the walls of the Angevin Castle of Copertino – for size and grandeur of the plant to be counted among the most imposing viceregal defensive structures – were used as hanging gardens and planted with vineyards.

In 2013, Cupertinum proposed the “Il Vigneto sul Castello” project to the management of the Castle of Copertino and to the Superintendence for Architectural and Landscape Heritage of Lecce, which – having verified the archival sources – welcomed the project enthusiastically.

This is an original project that has no precedent either in Italy or abroad, which revives history and enhances the most original aspects of the culture and cultures of the Salento area of ​​Coverino. The vineyard is located on the ramparts and was planted in 2014 with an Apulian sapling training system and quinquonce rows arrangement.

The cultivar is the Negroamaro Cannellino, an early ancient variety. Since its foundation, Cupertinum has highlighted the relationship with the local culture.

The Copertino Doc bottles bear the Castle portal as their emblem, while the Salento Igt wines: Squarciafico and Spinello dei Falconi, are dedicated to noble families who lived in the Castle.

The identification between Negroamaro and Salento, between grape variety and territory, is indissoluble. The pairing of pedoclimatic and varietal, and the historical and cultural one, have created this indissolubility.

The organoleptic characteristics of the Negroamaro del Copertino have an aromatic expression (spices and roasted coffee are the characteristic scents) different from the other areas of Salento. And the resistance to aging is also surprising.

As it evolves over the years, Copertino’s Negroamaro softens, acquiring elegance. 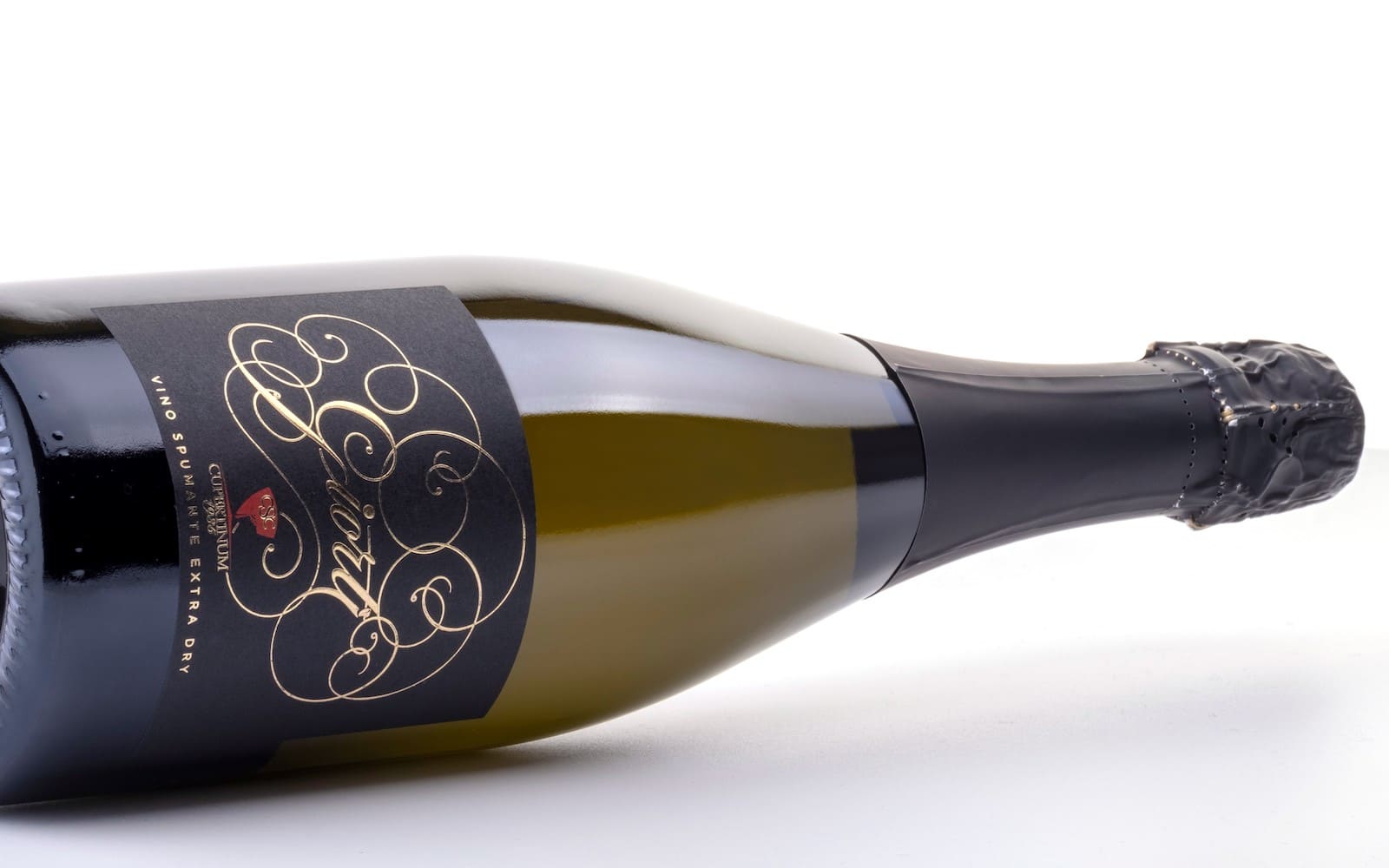 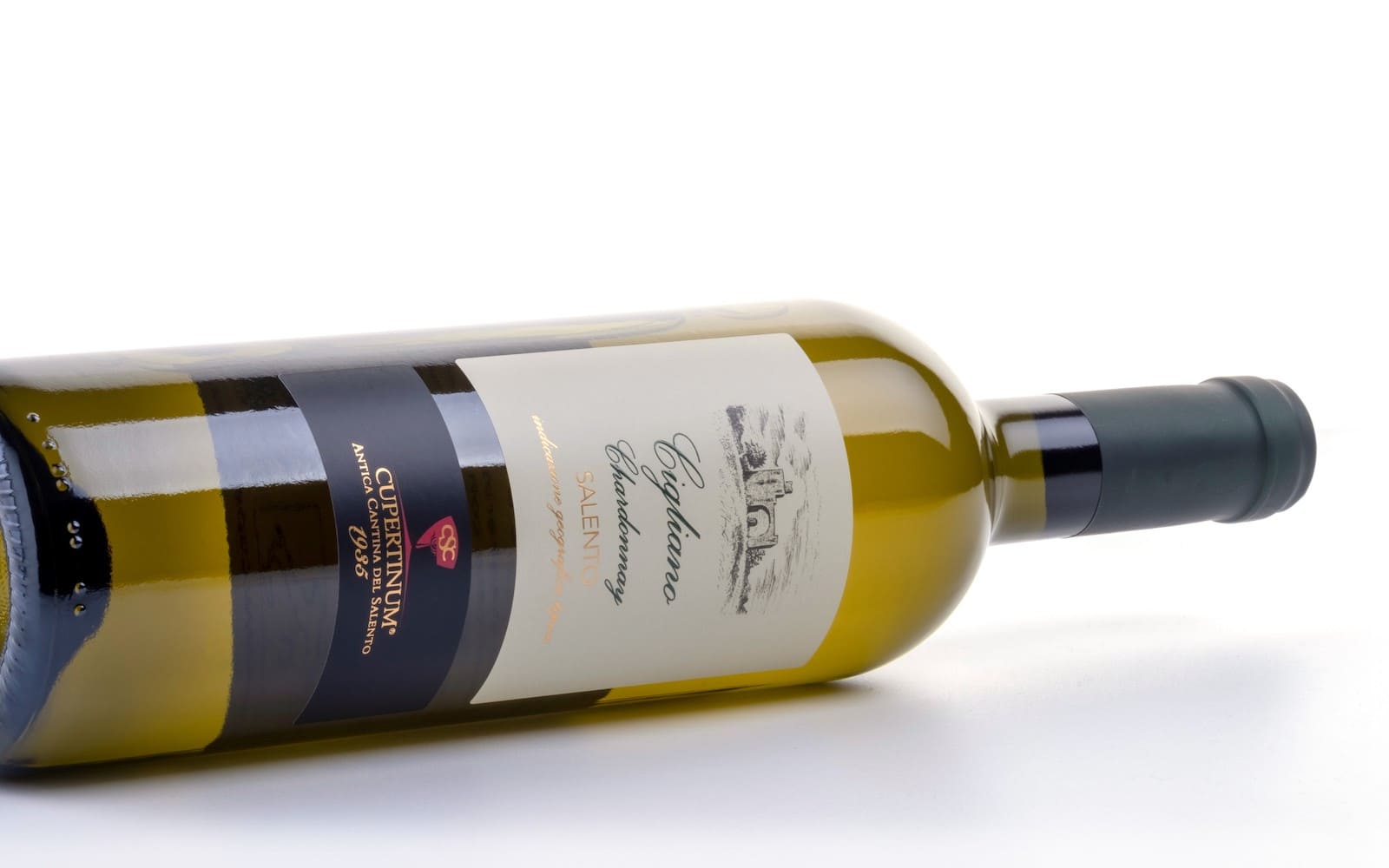 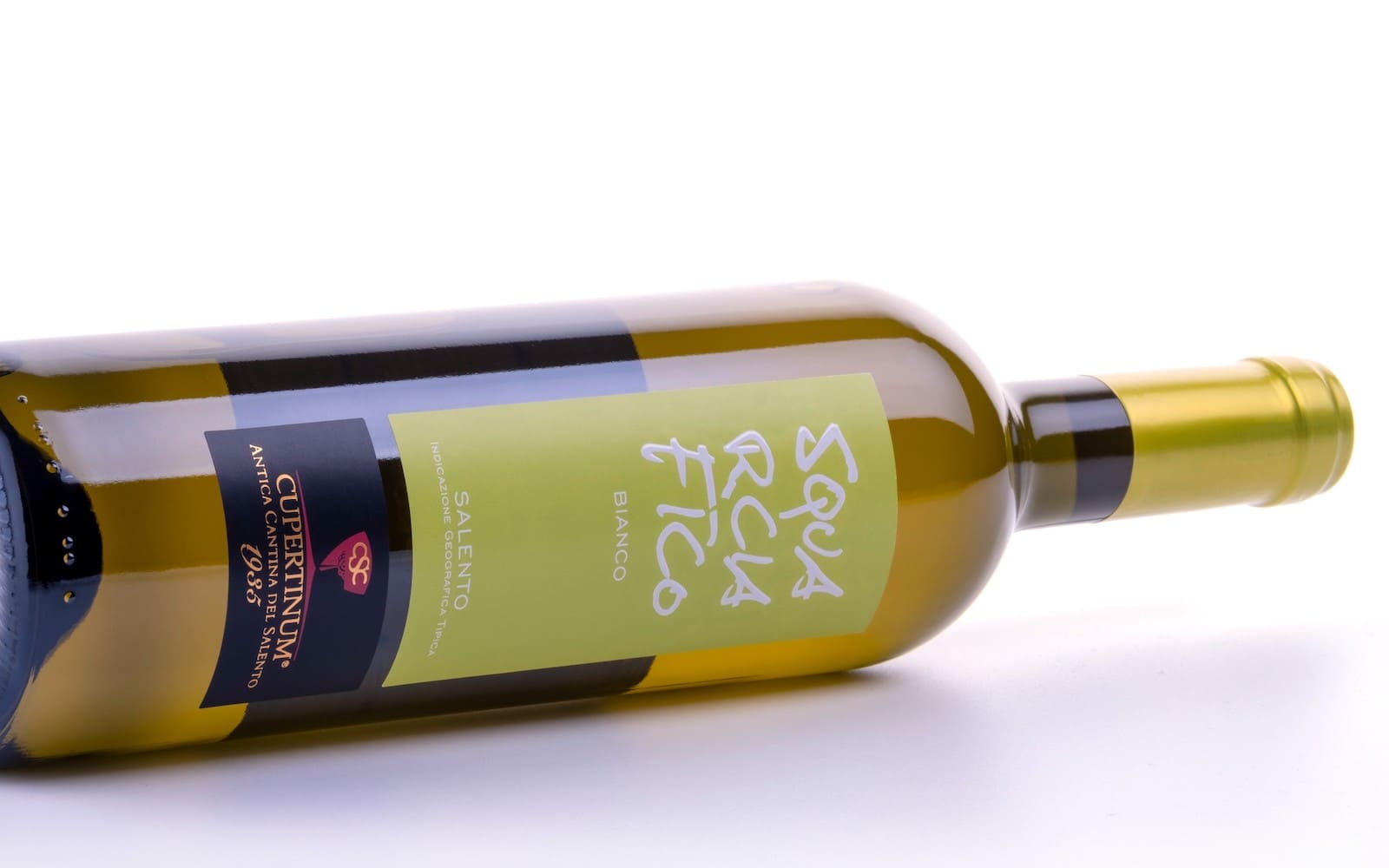 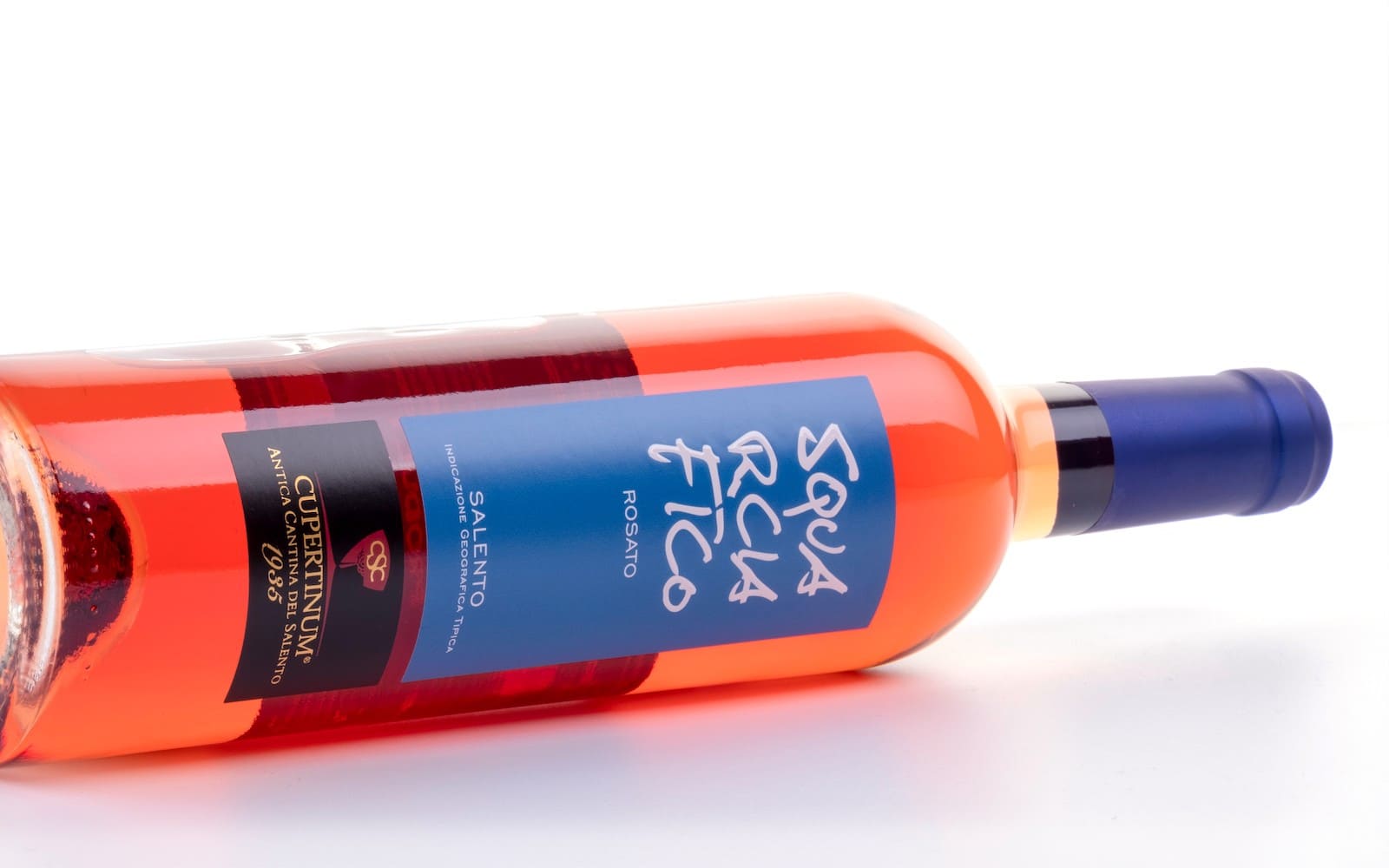 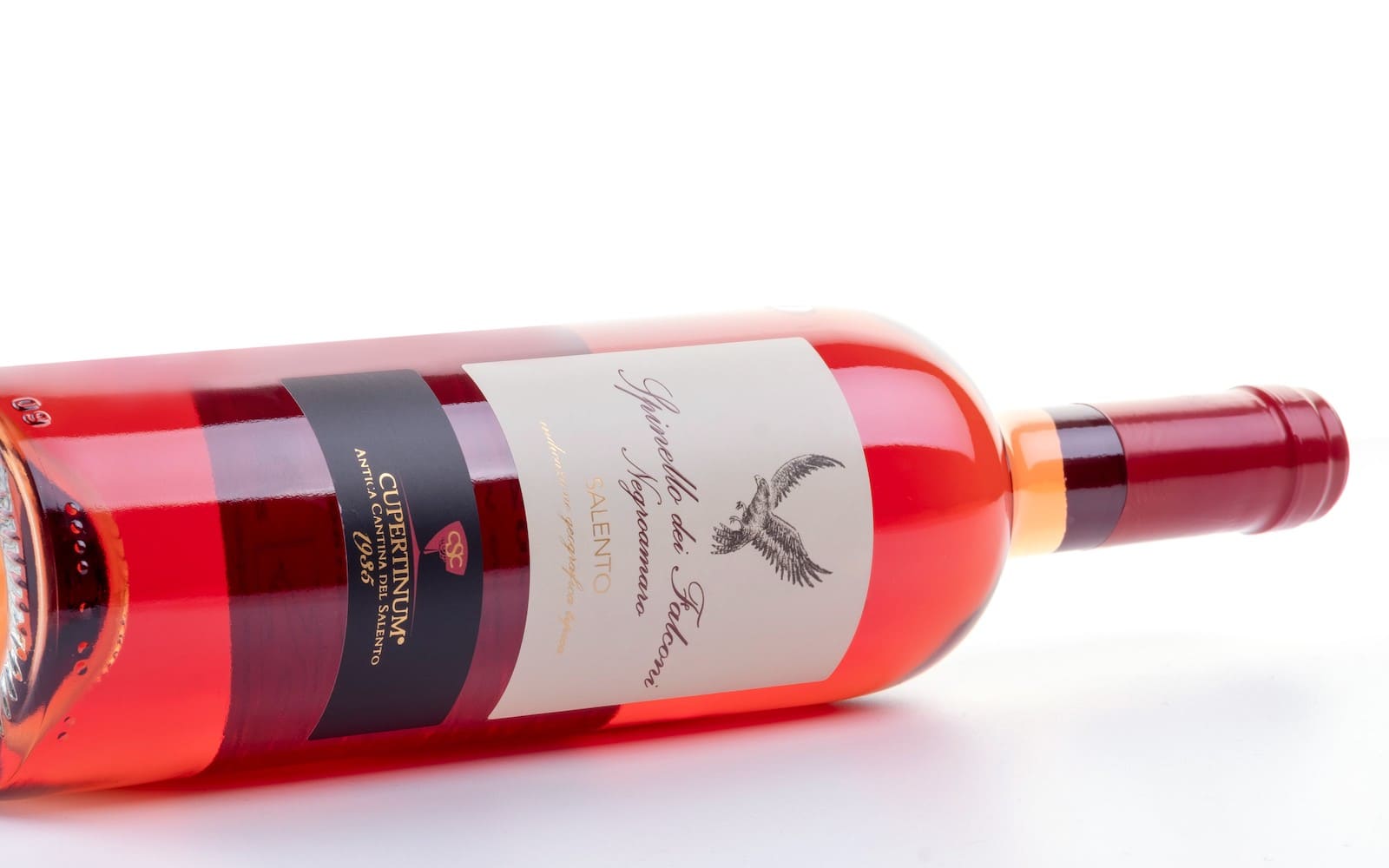 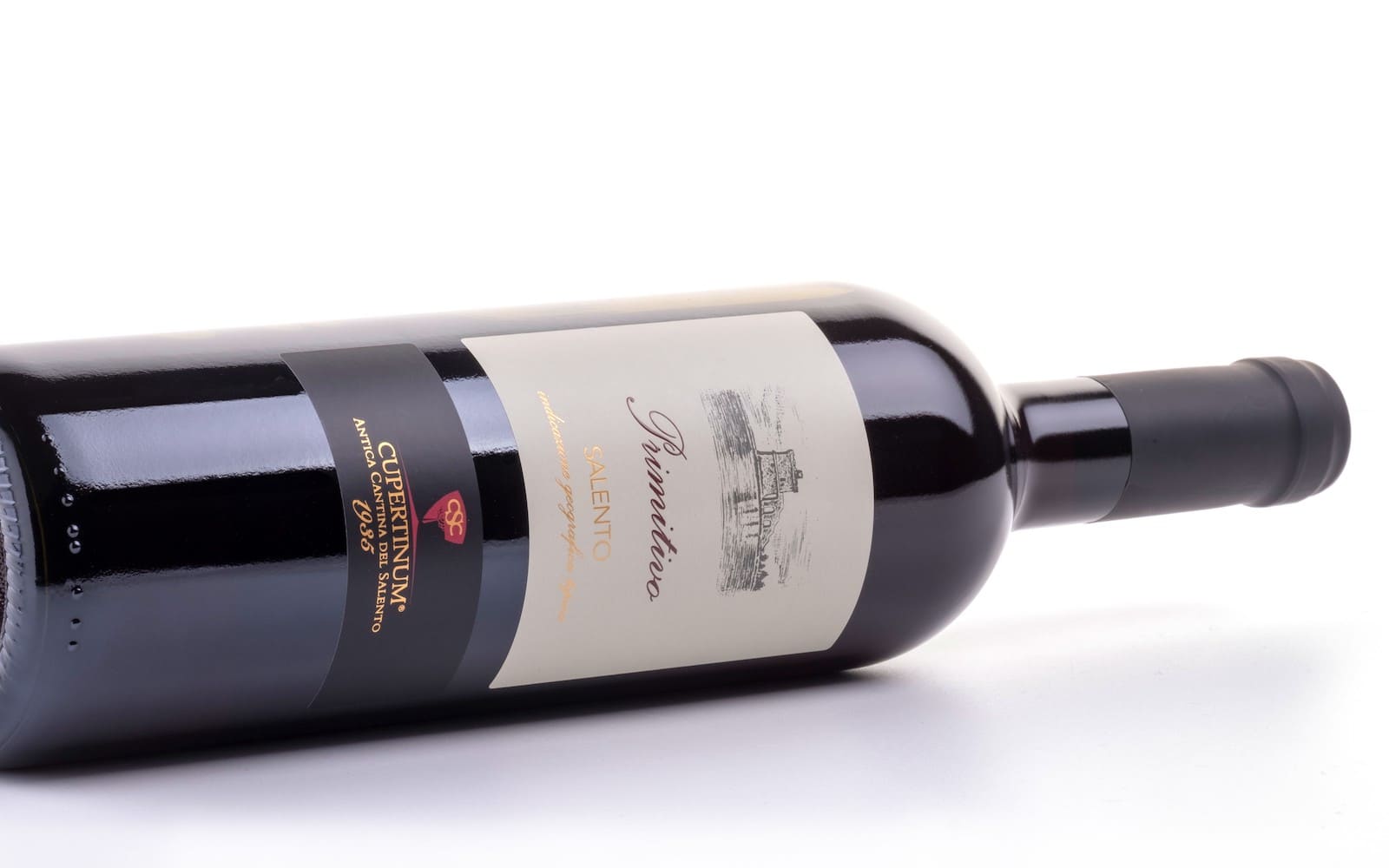 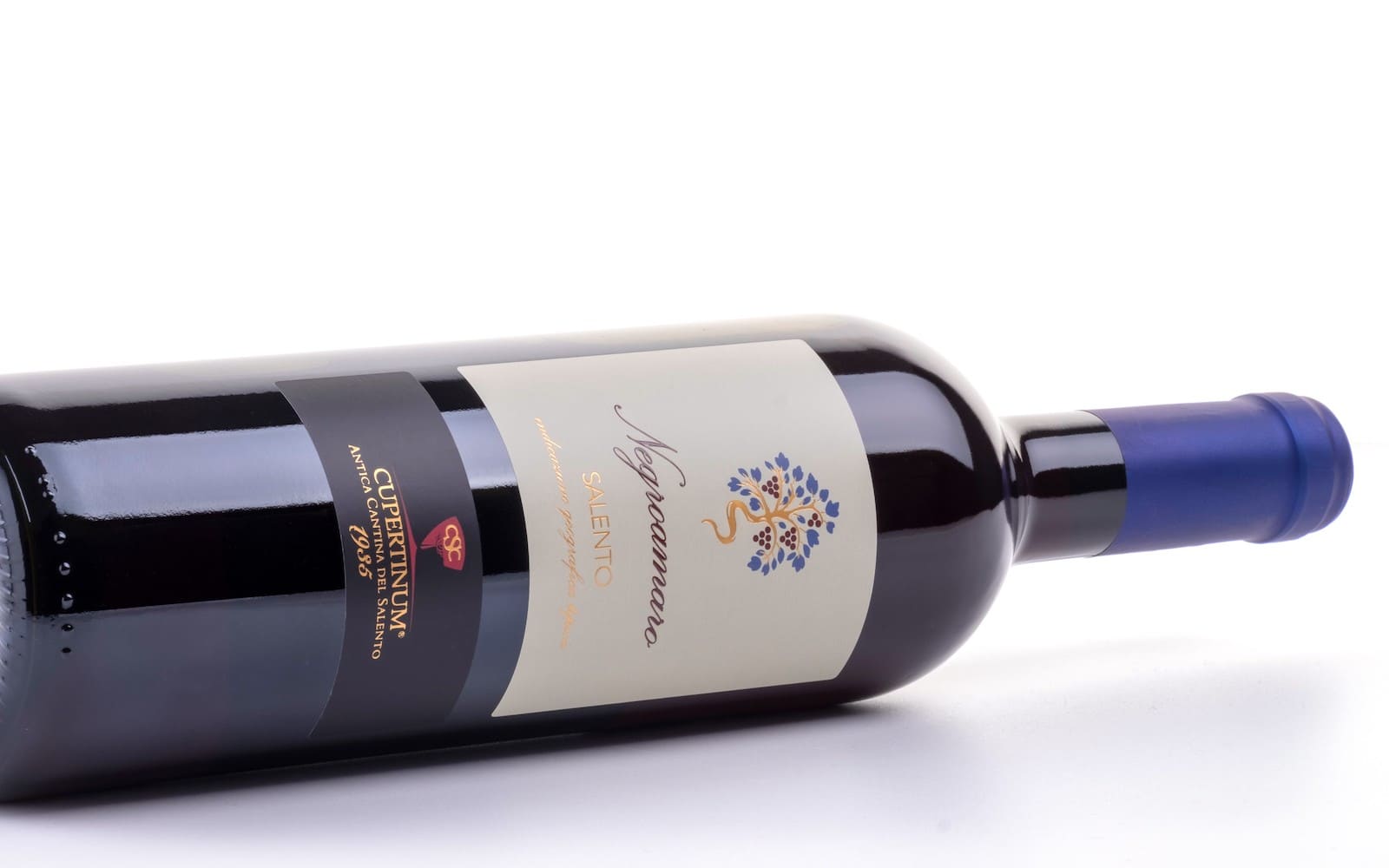 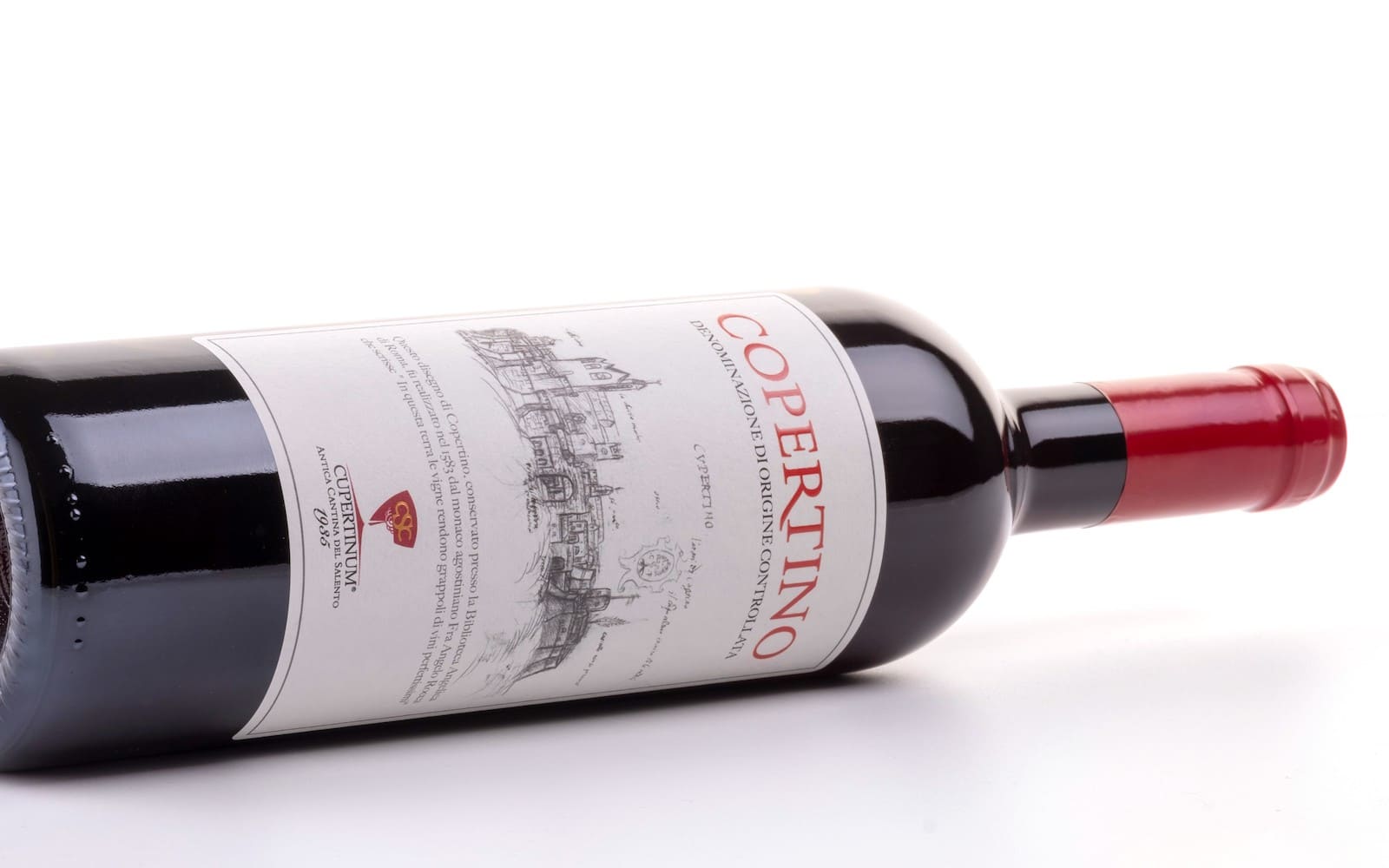 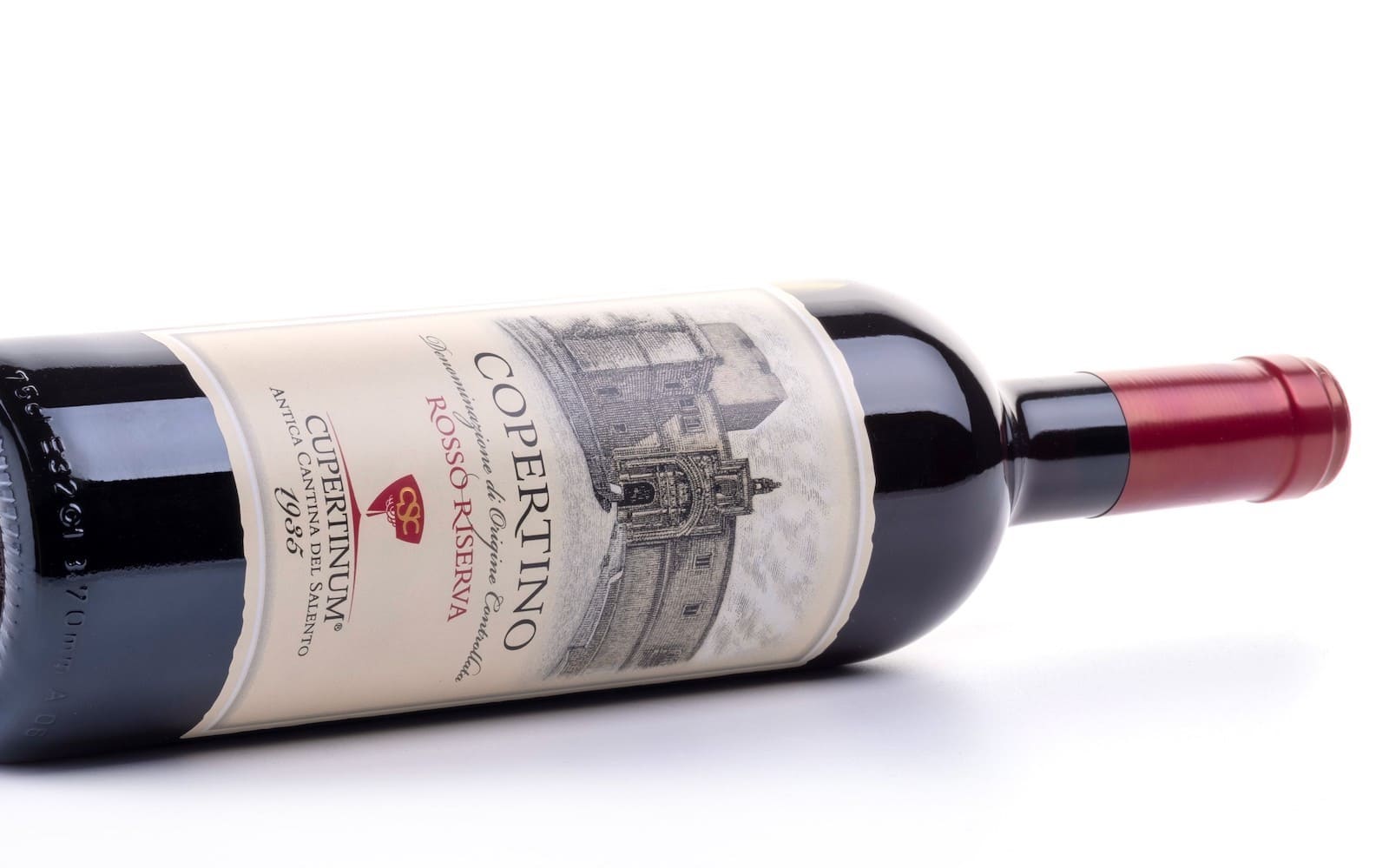 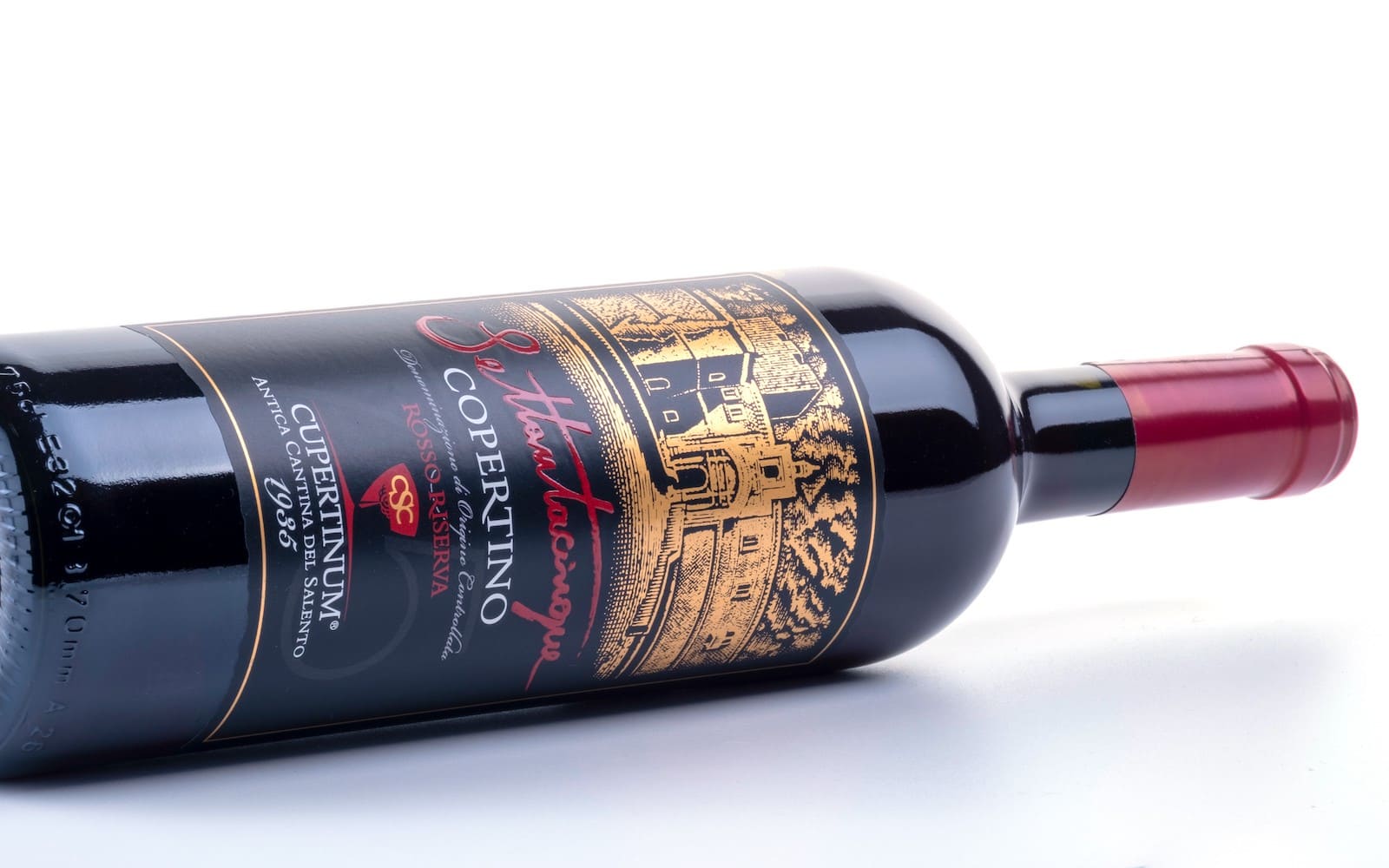 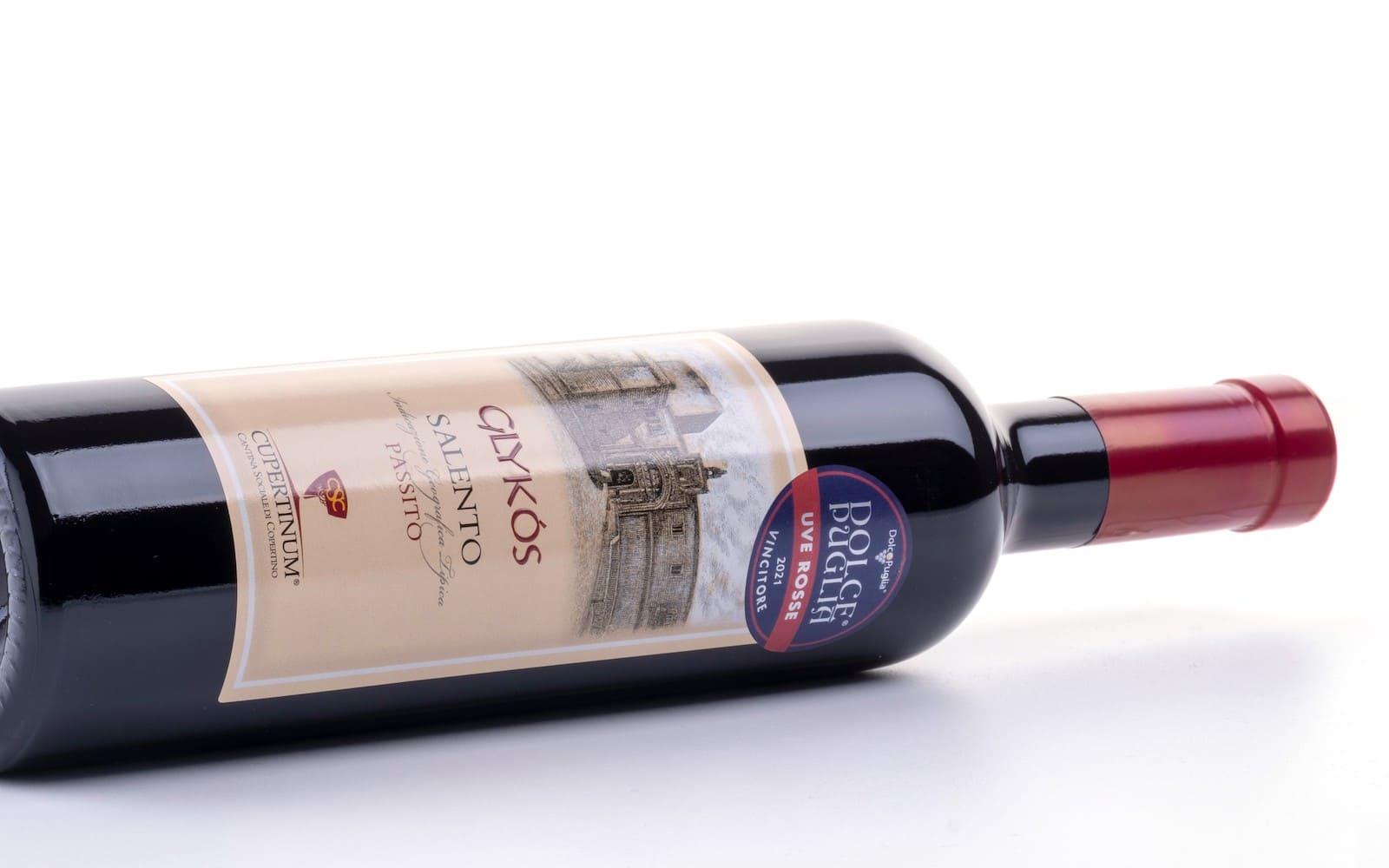