Cupertinum: “… a repertoire of wines of rare quality” 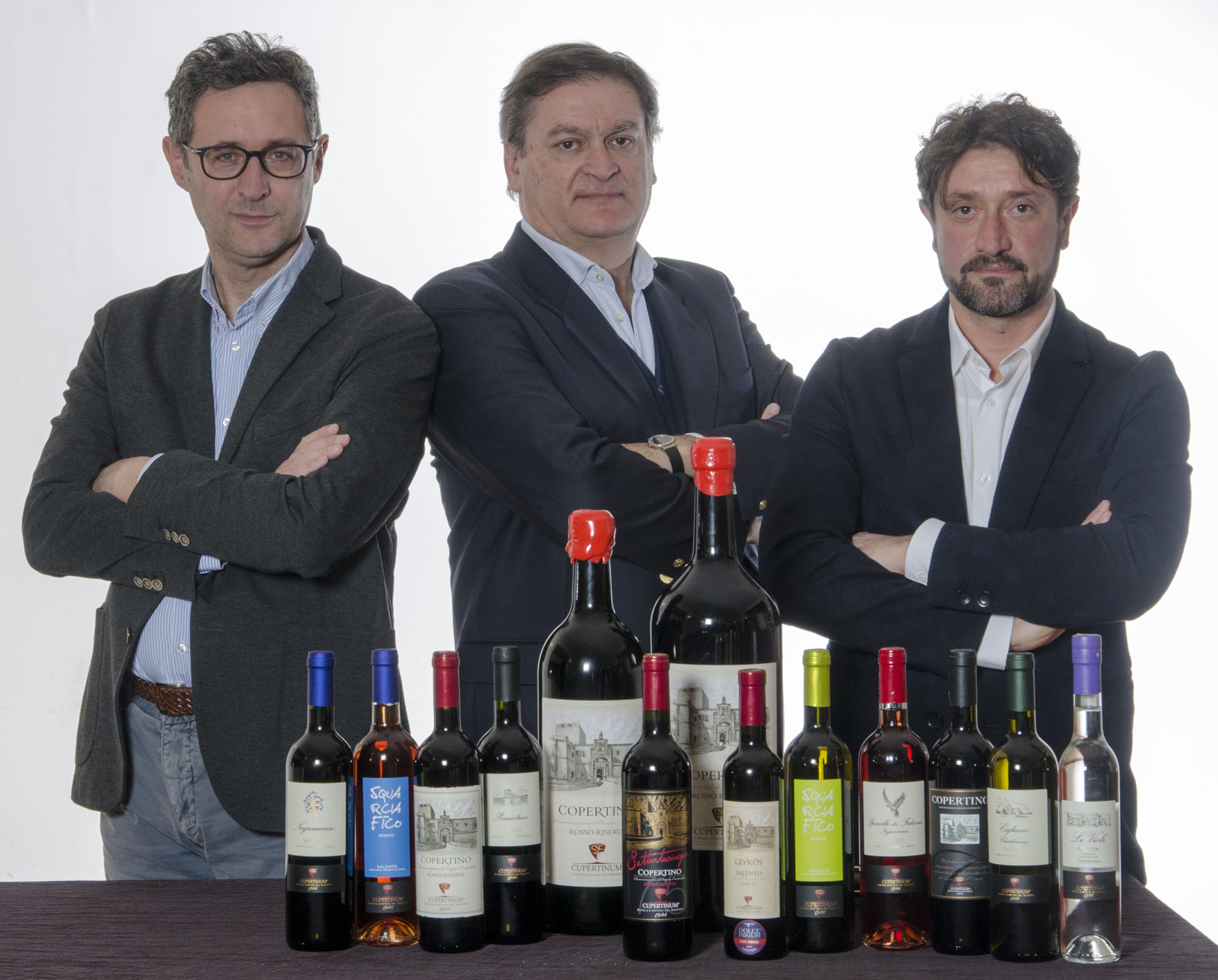 The historic Winery from Copertino has been awarded in Italy and across the world. Here the list of all the awards from the 2019 Guides and the prestigious prizes

Giuseppe Pizzolante Leuzzi, since 2010 winemaker of the historic Winery from Copertino, does not hide the satisfaction for the just received awards: “We are honored that the quality of our wines continues to be acknowledged. In the last nine years we have made our very best, and success helps us working even with more motivation”. And President Francesco Trono adds: “Valorizing viticulture, agriculture and territory, this is our goal. We receive endorsements from the best experts and at the same time the local community recognizes our winery as a reality that must be supported, since we also help the territory and its economy “.

* “A company that gives luster to the Apulian cooperative vitiviniculture. Also this year a repertoire of wines of very rare quality”. This is what the L’Espresso Guide writes, awarding the Copertino  DOC Rosso Riserva as the best Red Wine from Apulia and placing it among the Top 100 in Italy. “Incredible how Cupertinum manages to define its wines: this one, from negroamaro and black malvasia raised to sapling, alternates contemporary sensations of graphite and tar to the nostalgia of a wild rosemary. It has a seductive and passionate beauty, a disarming power that dissolves all tensions”.

* The Glykós 2017 Passito Igt Salento has been awarded too: for the third time, this wine has won the Dolce Puglia competition of the Italian Sommelier Association. “The Glykòs is an elegant and powerful wine with ample gustatory suggestions, ruby ​​red with garnet reflections, with hints of cherry, plum, myrtle and licorice root”, said the Jury. Glykós, in absolute the first passito from pure negroamaro grapes, is one of the labels wanted by the oenologist Giuseppe Pizzolante Leuzzi. The first vintage was produced with grapes from the 2012 harvest and t has immediately convinced critics and experts.

* SlowWine, the SlowFood guide, underlines the important role that Winery had and has for the territory and for the growth and acknowledgment of Copertino Doc. Its wines “are an expression of the typicality of the territory and are characterized by the good ratio between quality and price”. Mentions of merit to Spinello dei Falconi Rosato Igt Salento, Copertino Doc and Salento Igt.

* I Vini di Veronelli confirms the positive judgments of the previous editions and assigns 2 Stars to the Negroamaro, the Copertino Doc, the Settantacinque, and the rosé Spinello dei Falconi and Squarciafico.

* Excellent our sheet on Bibenda, from the Italian Sommelier Foundation, which praises our overall quality project, assigning 4 Grapes to the Settantacinque and 3 Grapes to other wines “of all respect, of beautiful expression of the territory, which have earned an excellent reputation also abroad”.

* Vitae, from the Italian Sommelier Association, rewards with 3 Branches the Settantacinque and the Copertino Riserva, and highlights the high quality of the whole range of wines: “wide and well-finished … its advanced labels are all those from negroamaro”.

* Vini buoni d’Italia of the Touring Club also hightligths the Settantacinque with 4 stars: “precise and full of elegance … sapid and rich in softness”, and on our rosé wines, it adds: “always winning, rich in fruit and flowers” the Spinello dei Falconi and the Squarciafico.

* Finally: once again this year Paolo Massobrio and Marco Gatti, in the Golosario, their zibaldone of Italian taste, reward as Top Wines the Copertino Doc Riserva and the Primitivo Salento Igt.

* The International Jury of the Wine Expo Poland Awards 2018 (important wine fair in Eastern European countries) has awarded Primitivo Salento Igt. A medal and two mentions arrived instead from the Decanter World Wine Awards. More precisely, for Negroamaro, Primitivo and Spinello dei Falconi Rosato. Indeed, on Decanter, Simon Woolf has recently expressed: “The Cupertinum, one of the oldest and largest cooperatives in Salento, gives a brilliant example with its Copertino Riserva: really delicious”.